Becoming Frum:
How Newcomers Learn the Language and Culture
of Orthodox Judaism

Winner of the 2013 Sami Rohr Choice Award for Jewish Literature 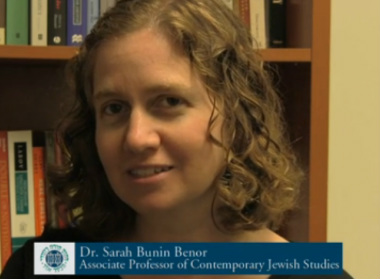 In the past few decades, the Orthodox Jewish community has seen an influx of newcomers: ba’alei teshuva (BTs), literally ‘those who return’. BTs grow up in non-Orthodox homes and decide as adults to take on strict forms of traditional Jewish observance. But when they join an Orthodox community, they encounter much more than laws and traditions. They find themselves in the midst of a whole new culture, involving matchmakers, homemade brisket and farfel, and Yiddish-influenced grammar.

Becoming Frum shows how BTs adopt many aspects of Orthodox culture, but sometimes in distinctly “BT” ways. Some take on as much as they can as quickly as they can, going beyond the norms of FFBs (those who are "frum [religious] from birth"). Others adapt gradually, making sure to maintain aspects of their pre-Orthodox selves. This yields unique combinations: a black hat worn with trendy sunglasses, gefilte fish prepared with Indian spices, and Hebrew words used in the same sentence as American slang (like “mamish keepin’ it real”). By taking on Orthodox cultural practices in these ways, newcomers are able to integrate into their new community while indicating their in-between status, highlighting their identity not only as Orthodox Jews but also as BTs.

The findings in this book, based on a year of ethnographic and sociolinguistic research in the United States, are relevant for other situations of individuals joining new communities, such as medical students becoming doctors or Canadians moving to Australia. Becoming Frum offers a scholarly and accessible look at the linguistic and cultural process of “becoming” – an entertaining and insightful read for students, scholars, and anyone interested in social science, religious studies, or linguistics.